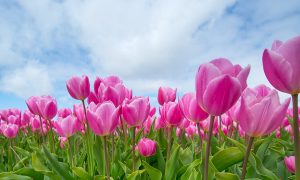 Every crisis throws up a new buzzword. Remember ‘prorogue’? Seems so long ago now, doesn’t it? The Falklands War gave us ‘yomp’. Liverpool winning the League gave us… no, it’s gone. And now COVID-19 has given us ‘furlough’.

Many people have found themselves ‘furloughed’ in the last couple of weeks, raising a number of questions about the use of this antiquated word. “Will it mean a pay cut?”, “How long will it last?” and “Why isn’t it pronounced ‘fluff’?”

Furlough looks like it should be an agricultural term – a cross between a plough and a furrow; the sort of thing you might hear dropped into conversation on Gardener’s World. By the way, my wife and I are using this period of creative isolation to write a West End blockbuster. It’s a long overdue celebration of the horticultural entertainment world called ‘Monty Don the Musical’. Songs include How Many Marrows Can You Fit In Your Barrow?, Press Your Tulips To Mine and He’s No Stranger To A Hydrangea. It’s a grower.

Like tulips, furlough came into the English language from Holland, at a time when we were friends with Holland but not so keen on Spain and France. It was the 1620s, James I was succeeded by Charles I, whose cavalier attempt to secure a powerful alliance with Spain by seducing King Philip IV’s daughter had backfired spectacularly, resulting in the declaration of war. There was none of that “we can still be friends” stuff in those days.

At the same time, England was trading blows with France in a sort of stroppy, Punch and Judy manner. There was much fighting to be done. But between scraps, a soldier might ask his commanding officer for a temporary leave of absence, so he could go home, tend the fields, fix the fences and reacquaint himself with his wife. The Dutch, with characteristic abruptness, called it ‘vorloffe’. Note the ‘f’s.

It meant ‘total permission’, but the origins were more endearing than that. The ‘loffe’ bit, which later became ‘leave’ in English, actually translated as ‘love’ or ‘care’. The commanding officer was granting his man temporary leave out of the goodness of his heart. Sweet. Over time the ‘ff’ sound was dropped, perhaps to spare the commanding officer’s embarrassment, and the pronunciation became ‘furlow’.

The ‘ough’ combination of letters in English is an interesting one. For a start, there are all these different ways of pronouncing it: tough, through, thought, plough, cough, thorough, hiccough, lough, furlough. These sounds all have different origins, some from Old English, some from Old Dutch, some from Old German, some from old cobblers, but they were homogenised in the 1800s for typesetting reasons.

It was a period of consolidation for the English language – a literal setting in stone of the way we spelt things. England was taking the lead in typography, thanks to the work of font pioneers like William Caslon and John Baskerville, lots of stuff was being printed and typesetters wanted agreement on the way things should be spelt before they committed letters to hot metal.

Any word that looked like it might once have had a guttural Old English ending was given the ‘ough’ treatment, including a number of words that had never existed in Old English in the first place. Words like ‘furlough’.

So, that might not answer your financial queries, nor explain why no-one has written a musical about Monty Don before, but at least you know not to call it ‘fluff’ when you call the Accounts department.