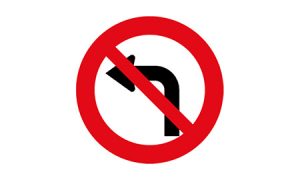 Is there a more rock’n’roll word than alright? That’s a rhetorical question. Don’t bother answering. I’ve done the research and the answer’s no. There are other rock’n’roll words, like ‘hey’ and ‘ok’ and ‘Serengeti’ (I’m joking, Toto fans), but nothing comes close to ‘alright’.

Flick through the lyrics of, well, just about everyone since 1954 and you’ll find ‘alright’s scattered about like pepper grounds in a rich fish soup. Try it. How many can you think of right now, off the top of your head? One thousand seven hundred and forty two is a good score. The question is, what does it mean?

Depending on your tone of voice, ‘alright’ can mean very different things, from unbridled enthusiasm – “Get teenage kicks right through the night. Alright!” – to calm approval – “And it was alright, the band was all together” – to soothing reassurance – “Every little thing’s gonna be alright?” – to half-hearted disdain – “Hey, guys, what do you think of the new record?” “It’s alright.”

That last one’s not from a song, by the way. The half-hearted version tends not to be used in songs. Rock’n’rollers like to save their half-heartedness for early mornings. The point is ‘alright’ can convey a sliding scale of evaluations, from ‘amazing’ to ‘sorted’ to ‘not so bad’ to ‘pants’. How versatile is that!

But then there’s the spelling. Some of you may already be arguing that ‘alright’ shouldn’t qualify for Word of the Week because it’s actually two words, ‘all right’. Grammar books may back you up in this but what are grammar books in the face of the full force of linguistic logic?

Alright, let’s take a trip back to Olde England. If you peer through the mists of time, you’ll find people in animal skin tunics and metal hats saying the word ‘eall’ a lot. What they’re actually trying to say is ‘all’, they just haven’t developed the linguistic faculty yet. Now fast-forward a century or so and we find that they have not only learnt to say ‘all’ but they’re using the word all over the place, combining it with all sorts of other words to give the sense of fullness, totality… and beyond.

For example, if you were a sullen kid in the 1300s and your mum told you there’d be no gruel if you didn’t sweep out the pigs this instant, you might mutter under your breath, ‘Alwhat’. That was their way of saying ‘whatever’.

Words like ‘alwhat’, ‘alwhen’ and ‘alwhere’ may have broken down on the linguistic hard shoulder but still flying down the fast lane we have ‘altogether’, ‘although’, ‘always’, ‘already’, ‘almost’ and ‘almighty’, as well as ‘albeit’ sitting in the middle lane, listening to The Archers and refusing to pull in. So it seems perfectly logical that ‘alright’ should be given the license to join them.

The case against seems to be based on the fact that the expression ‘all right’ is relatively young and, therefore, doesn’t deserve to be treated in the same way as more grown-up words. ‘All right’ apparently entered the language as recently as 1953, just as the teenager was being invented, and when Elvis released his first single, That’s All Right, in 1954, it had yet to be melded into one.

Other sources have clung on to this rather priggish insistence on the two-word version (Free’s All Right Now being a notable example) but they’re fighting a losing battle. Whether you’re feeling enthusiastic, half-hearted or anything else in-between, the same rule applies: