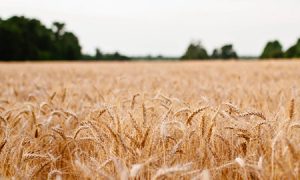 A story grabbed my attention this week, about a scam in the States that raised $400,000 in public donations for a homeless man, who had allegedly given his last $20 to a woman called Kate McClure, after she had run out of petrol. $400k for a $20 investment. That’s what you call ROI.

McClure and her boyfriend, Mark D’Amico, had posted the fabricated story on a crowdfunding platform, ostensibly to raise money to pay off the homeless man’s debts. The public had responded by donating hundreds of thousands of dollars, which the couple promptly spent on handbags, holidays, casinos and a car.

Several things struck me about this story. Firstly, what an amazing way to raise money crowdfunding is. Secondly, why don’t I do it? And thirdly, the name of the homeless man: Johnny Bobbitt. Now where had I seen that before?

Oh yes, that was it, the man who had his penis cut off and thrown into a field by his tormented wife, Lorena, back in 1993. John Wayne Bobbitt. Remember him? (That’s what the surgeon said.) According to Wikipedia, “John Bobbitt’s penis was found after an exhaustive search.” (Any man who’s swum in the sea at West Wittering on a late spring afternoon can relate to that). It was the archetypal needle in a haystack and he was fortunate enough to have it reattached before the birds got it.

The incident inevitably sparked copycat severings and the verb ‘to bobbitt’ entered the dictionary. It had a sort of onomatopoeic ring to it. If you’d had to make up a word that meant to chop off a penis, you’d be hard-pressed to come up with anything better than the verb ‘to bobbitt’. Smith or Jones or even Braithwaite certainly wouldn’t do it. And while surgeons use ‘penectomy’ in front of patients, when they’re discussing the day’s work behind closed doors you can bet they default to ‘bobbitt’.

But given that Bobbitt is a surname – and a surprisingly common one, as we’ve discovered – it must have meant something else before Lorena went to the knife drawer and made it her own. According to Findmypast.com, the surname Bobbitt was most prevalent in Suffolk in the early 1900s.

Houseofnames.com goes further, explaining that it is of Anglo-Saxon origin, denoting the son of a Robert. The Suffolk Bobbitts, it turns out, were nobles with their own coat of arms and everything (somewhat portentously an acorn lying amongst some foliage).

Given the evidence of the two John Bobbitts, however, you wonder if the surname could also be related to the Mancunian slang term ‘bobbins’, meaning a bit rubbish, as favoured by the late Frank Sidebottom? You know it could. It really could. Johnny Bobbitt made $75,000 dollars from the crowdfunding fraud, which wasn’t an equal share so guess what – he called the lawyers in and sued his co-conspirators. And that’s when the lid blew off the whole scam.

So now he’s going to jail. History is full of people who have blown the gaff in similarly farcical circumstances and now we have a name for them. Henceforth they shall be known as ‘bobbitts’. And perhaps, in another quarter of a century, the two crimes will come together, giving us headlines like:

You saw it here first.