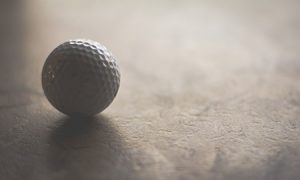 I’ve got a dentist appointment next Wednesday, which means I’ve got five days to get busy with those fiddly little wire pipe cleaner things and try to create the impression that I’ve been using them regularly for the last six months.

I do like my dentist. Every time I see him he tells me the brushing’s good. When he asks me if I’ve been using the fiddly little wire pipe cleaner things, I lie, of course, and I know he knows I’m lying yet he nods and says good. And then he gets his cleaning tools out and ruthlessly re-enacts the “Is it safe” scene from Marathon Man. Great film but I could do without the audience participation.

So are dentists called dentists because they make dents in things, like your confidence, your gums and your bank balance?

Of course not. They’re called dentists because the French word for teeth is ‘dents’, from the Latin ‘dentes’, and back in the 17th century, when the dentistry profession was trying to establish itself as something more than just wrapping a painful tooth with twine, securing the other end to a high bridge and pushing the patient off, a fancy French moniker like ‘dentist’ was better for customer engagement than ‘terrifying tooth puller’.

The French ‘dent’ didn’t just give us dentists, dental and dentures, it gave us indentures too – which, as any lawyer will tell you, is a form of contract. Why indenture? Because it had a saw-tooth cut down the middle, as if a shark had come and bitten it in two. Imagine that! A shark! The contract was written in duplicate on either side of the jagged cut and one half given to each party. To prove the authenticity of both halves, you just laid them together so they joined perfectly along the jagged line.

Indentation later became a printing term for the insertion of white space to denote the beginning of a paragraph – a little bite out of the alignment of the text. But we also use the word ‘indentation’ for a small dent, eg the multitude of little indentations in the surface of a golf ball. One word, two very similar meanings, but two distinct origins.

Because the verb ‘to dent’ doesn’t come from French bitings, it comes from Middle English beatings. In the 13th century we find the word ‘dent’ meaning ‘to beat with blows’. And somewhere in the ensuing years it evolved from meaning the act of beating to the result of it.

An alternative spelling was ‘dint’, which we still use in the expression ‘by dint of’. We know what we mean – we mean ‘by virtue of’ – but what we’re actually saying is ‘by the impact or force of’.

Ponder that next time your dentist is putting dents in your dentures.