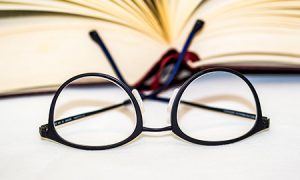 Do you ever wonder what other people see? It used to be a common cry at Wembley, before Saint Gareth came along. “What the hell are you seeing, Revie/Greenwood/Robson/Taylor/Venables/Hoddle/Keegan/Erikson/McLaren/ Capello/Hodgson/Allar…” no, he wasn’t there long enough.

Regular readers will remember vividly that around this time last year I took ownership of a pair of varifocals. I was going through the change, you see. Not the male menopause (I think… despite what all those spam emailers seem to assume), but the mid-life change from perfectly manageable myopia to some annoyingly complex combination of the worst bits of both near-sightedness and long-sightedness.

Just watch a group of middle-aged people playing cards, if you want to know what I’m talking about. They look like they’re all playing the air trombone.

Shortly after writing about it, I had to give up on the varifocals. I found they were serving the amazing multifunctional purpose of making my whole world look out of focus.

Instead I took possession of not one but two pairs of glasses, one for looking at near things, one for looking at far things. The big mistake I made was choosing identical frames for both. So while I can now make things out more clearly thanks to the glasses, I struggle to make out which glasses I’m wearing.

I was half way down the road yesterday evening when I realised I was wearing my reading glasses. No wonder I couldn’t find the fridge.

Myopia is as old as those big, blurry green lumps on the horizon but it has become much more common in the last few centuries and that’s believed to be down to the spread of reading. Barely had Gutenberg tightened the last screw on his printing press than opticians started springing up all over Europe, gluing pieces of quartz to people’s heads so they could read in their dimly lit studies.

By the time they emerged into the light again to promenade their daughters down the Champs Elysées, all that screwing up of the eyes had left them incapable of seeing anything further than arm’s length. Hence the prevalence of French mademoiselles being married off to lampposts in the 18th century.

The first known pair of spectacles were made in Italy in the 13th century but we know that Romans used lenses to help them see. In the main, though, short-sighted people got out of the hunting and fighting and focused their attention on the finer, close-up skills, such as art and engraving. Hence the connotation of glasses with intellect.

Today there are so many people wearing glasses that you just can’t make those convenient sweeping judgements any more… and it’s only going to get worse. Back in 2000, 25 per cent of the world’s population had myopia. By 2050 it’s forecast that the number will increase to 50 per cent.

Extrapolate that further and by 2150, everyone will be bumping into each other. Where are the campaigners protesting about this global catastrophe, then, eh? Still trying to read the train timetables, I suppose.

So I’m launching my own campaign to sort out myopia (not just anybody’s opia) by next year. I’m calling it my 2020 Vision.

Don’t tell me you didn’t see that coming.