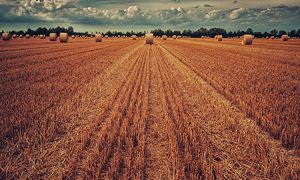 While we’re not discussing Brexit, it’s worth remembering that 100 years ago the Treaty of Versailles gave birth to the League of Nations, Woodrow Wilson’s cracking idea for encouraging world leaders to chat rather than blowing each other’s people to hell.

Wilson couldn’t sell the idea back home in the States but it was tentatively upheld by other world powers, albeit with limited success. A number of conflicts still slipped through the net – the Second World War, for example – and so the League was replaced by the United Nations, which today has buy-in from all the states on Earth. Good idea after all, Woodrow.

We have to say ‘states’ because ‘countries’ like England, Wales, Scotland and Northern Ireland don’t count. You could say we’re four countries in a state. England fails to qualify as a state on six of the eight UN criteria: an efficiently operating public transport system; a proper mountain; the ability to sing the national anthem collectively in tune; learning to dance in school; a fully functioning government; and its own national biscuit.

But that doesn’t stop England being a country, with its own fine array of cheeses, and a very pretty one at that (the country, not the cheese). So let’s talk country.

Wayell, folks, that’s a mighty fine word you got right there. I actually detested country music when I was a young buck. Then along came The Dukes of Hazzard every Saturday afternoon and something inside me changed. Funny, my dad seemed to have a similar reaction.

The first thing you should know about the word ‘country’ is that if you ever get criticised for sounding like you’re saying it when you mean to say ‘contrary’, you can point out that the two words are blood relatives. ‘Country’ came into English from the Old French ‘contree’, which in turn came from the Latin ‘terra contrata’, which literally meant ‘the land opposite’ but really meant ‘all that nice open space over there’.

You’d think ‘country’ must be related to ‘county’, being so closely spelt n’all, but ‘county’ – the domain of a count – comes from the Latin ‘comitem’, meaning a companion or attendant. Nothing to do with opposites.

So in the 13th century we were using country to mean native land. A hundred years later, when we had proper walled cities, it was being used for the land beyond the wall. Hence ‘countryside’, meaning the open land on that side of the wall – not, as it is sometimes misconstrued, the murder of Piers Morgan.

Apologies if you find that last gag offensive. I promise not to mention him again. But Shakespeare made jokes like that by using the word ‘country’ instead of its taboo partial homophone, eg Hamlet’s cheeky quip to Ophelia: “Or did you think I meant country matters?” Sauce!

By this time, ‘country’ was the term used to denote rural areas as opposed to towns, just as we do today. Countryfolk and townsfolk became naturally antagonistic towards one another, quarrelling over things like fox hunting, cyclists, the length of a mile and the correct pronunciation of ‘you’.

And that’s the problem with any country: as soon as you draw a line round a place, hostilities begin. As a child I used to love looking at maps of the world and all the countries marked in different colours and thinking innocently to myself, “One day, all this will be mine.” I was wrong, of course.