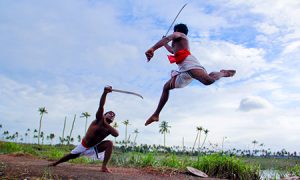 The art of the witty riposte is dead.

I rest my case. Let me present you with some evidence. I have recently been researching this very subject for a book, which will make you chuckle and chortle when you read it, because there have, indeed, been some very witty ripostes uttered by people from various walks of life over the years. Politicians, writers, actresses, Ethel from Accounts… But here’s the thing: only a very small proportion were uttered this side of 1980.

All of which adds fuel to my theory that, for the most part, wit retired from public life the day Spandau Ballet released Musclebound.

Some of the more famous ripostes will be familiar to you. Let’s go back to the 18th century and John Wilkes, a radical and social reformer who ruffled the feathers of the conservative elite (not to be confused with John Wilkes Booth, who ruffled the feathers of Abraham Lincoln. Fatally). On one occasion, the Duke of Montagu upbraided him in typically pompous fashion: “Pray, Wilkes, I don’t know whether you will die on the gallows or of the pox?”

Quick as a flash, Wilkes replied: “That will depend, my lord, on whether I embrace your principles or your mistress.”

Then there’s the one attributed to Winston Churchill, but which actually originated about a hundred years earlier:
“If you were my husband I would put poison in your coffee.”
“If I were your husband I would drink it.”

This little gem is also reported to have been said to Lady Astor at a party at Blenheim Palace, Churchill’s ancestral home, but was more probably said by Churchill’s friend F.E.Smith. As a young man, Smith had the look of Richard E Grant during the Jeff Wode monologue in Withnail and I – a look that betrayed a cunning but haunted wit, more cunning even than Churchill’s. He went on to become Lord Chancellor, despite (or maybe because of) his somewhat irreverent manner.

A judge once said to him during a case: “I’ve listened to you for an hour and I’m none the wiser.” Smith replied: “None the wiser, perhaps, my lord, but certainly better informed.”

On another occasion he was asked by a fellow judge for his advice on sentencing in a sodomy case: “What do you think one ought to give a man who allows himself to be buggered?” Smith replied: “Oh, thirty shillings or two pounds; whatever you happen to have on you.”

Not so much a riposte as a retort. The meanings are subtly different. ‘Retort’ comes from a Latin verb meaning to turn back or twist back, and implies turning someone’s words back on them. ‘Riposte’ is more of a counter thrust. It took its modern meaning from a French fencing term for parrying your opponent’s lunge and thrusting back. It implies sharpness, with wit providing the edge.

Fast forward to this century and the search for witty comebacks in the Houses of Parliament throws up Vince Cable bringing the House down by likening John Prescott to Mr Bean and David Cameron getting a roar for making some reference to a member of the opposition liking bingo because it’s the only way he’ll get close to Number 10. Puh-lease! Spare my aching sides.

These aren’t ripostes or retorts. They’re replies, answers, responses. But they’re the best you’ll find since Clement Freud called Margert Thatcher “Attila the Hen”. There’s no point hanging on the words of our modern politicians, hoping for some droplets of inspiring eloquence to spring from their Etonian lips. You’ll just get dribbled on. The riposte has been replaced by the repost.

Which brings to mind the words of Reverend Edward Everett Hale, chaplain of the US Senate, when asked if he prayed for the Senators.

“No,” he said, “I look at the Senators and pray for the country.”