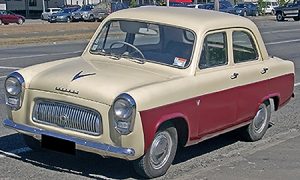 I went to hire a car the other day and the girl in the office asked me for my name. This is one of the easier questions I get asked in life – certainly a lot easier than the one about whether or not I want to pay extra to reduce the insurance excess – so I raised myself to my full height and confidently told her.

I felt pretty good. Another flawless performance in saying my own name.

The word perfect has become the stock reply to any favourable suggestion:
“How does 10am suit you?”
“Perfect.”
“Cup of tea?”
“Perfect.”
It’s a simple, rhythmic word that trips off the tongue like the final flick of the artist’s brush. But is it the right word? Doesn’t it seem a little OTT for something as everyday (and indeed variable in quality) as a cup of tea?

Had I challenged her on her choice of word, the car hire girl might have pointed out that the actual meaning of ‘perfect’ is ‘complete’, from the Latin ‘per facere’ (to make or do completely), and that in giving her my name I had enabled her to do just that with the form.

“Ah!” I would have replied. “But can something be deemed complete unless it’s flawless? After all, isn’t a perfectionist someone who won’t tolerate defects?”

“No,” she would have come back (there’s a queue of customers building up by this point), “perfectionism was a religious belief that moral perfection could be achieved here on Earth. It had nothing to do with how you load a dishwasher.”

“All these things have assumed new meanings over time,” she might have added as she reached into the cabinet for the keys, “but the original sense of perfect as in complete still applies, so don’t flatter yourself into thinking I was giving you 10 out of 10 for telling me your name. You’re not on Tipping Point now. Anyway, what would you rather I’d said?”

Good question. What is the most appropriate response to someone giving you their name, offering you a cup of tea or suggesting you call them at 10am on Friday? Lovely? Great? Spot on? Pukka? None of these are perfect, are they? But neither is the rather terse, “Thank you, that suits me well,” which feels a bit Cholmondley-Warner in these modern hyperbolic times.

Anyway, I drove the car all the way to Caernarvon and back without a scratch and presented myself back in the office of the car hire firm.

“Amazing,” she said. And who was I to argue?