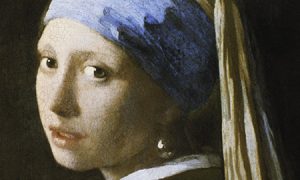 Last week’s word, ‘perfect’, received a surprisingly animated response. It seems I’m not the only one who silently sub-edits the innocent things that other people say. But, of course, when you encourage a response you leave yourself open to criticism, and so it turned out.

My friend Sue, whose opinion on the use of English I hold in very high esteem, slapped my wrist for referring to the woman in the car hire office as a ‘girl’.

“Girl?” she wrote, questioningly. I knew she wasn’t questioning the gender of said car hire clerk. Funnily enough, as I typed the word last week, I couldn’t shake the uncanny feeling that I was committing some kind of offence but I really wasn’t sure what it was.

Somewhere in the back of my mind I knew that, at some time in the last 30 years, there had been a moratorium on the use of the word ‘girl’ for any adult female, so I wasn’t entirely surprised when the reprimand came. But what should I have done? ‘Woman’ seemed too curt. ‘Lady’ too posh. And I wasn’t going to risk using ‘Bird’ again – not after last time. (I’m joking. Come on!)

Back in the 1300s, girl (spelt gyrle) came into the English language as a word for a child or youngster of either sex. Interesting. By the end of the century it had become specifically a female child. In the 1400s, however, it started to mean a young, unmarried woman, which, of course, raises the question of the definition of ‘young’. In those days the average life expectancy was about 33, so you were middle-aged by 15.

Jump forward to the 17th century and ‘gyrle’, now ‘girl’, started to be used by amorous cavaliers for their sweethearts. And so it picked up its sexist potential and that remained to the present day. I understand the argument, I just think it’s a pity. Once again the sexists have spoiled things for everyone.

When John Lennon turned his hand to writing a song about Yoko Ono in 1980, he elected to call it Woman. “A grown-up version of Girl,” he called it.

But not as good.