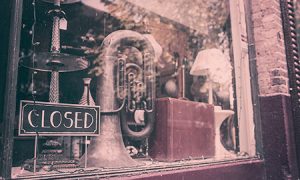 So I went to see the Queen to ask if I could suspend Word of the Week for the next fortnight but she wouldn’t see me, so sorry, but here we are, back again.

You can say what you like about Brexit but at least we’ve got a new word out of it. Come on, be honest, how many of you had ever come across the word ‘prorogue’ before this week? Now you can’t turn on the radio without hearing it mentioned every five minutes. And that’s just Kiss FM!

While Boris Johnson’s move to prorogue Parliament may be interpreted as a blow to democracy by a wannabe dictator with an obsessive desire to write his name in history alongside John Stuart (1762-63), and Frederick Robinson (1827-28), that might not be the case.

At first glance, it’s fair to assume that ‘prorogue’ means ‘for the rogue’, but that’s not the case either. The Latin verb ‘rogare’ meant ‘to ask’ or ‘to question’. This was combined with ‘pro’, meaning ‘before’, to mean ‘propose’ or ‘ask publicly’. When the French got hold of Latin, they turned ‘prorogare’ into ‘proroguer’ and, for reasons known only to themselves, changed its meaning to ‘extend or ‘prolong’. Thus it entered English in the 15th century and was snapped up by the legal profession, who were in the market for words of ambiguous meaning that no-one else uses.

Somehow they managed to twist ‘prolong’ into ‘suspend’. In other words, they made it mean the opposite of what it had meant – unless, that is, you regard the suspension of Parliament as the prolonging of the non-participation of Parliament, which this sort of is.

The danger is that we might get used to it. The absence of all that Eton playground barracking coming over the air is likely to be a blessed relief that we all come to regard as preferable to the much vaunted but lately absent virtues of Parliamentary democracy. Maybe we could prorogue Twitter too.

The final question concerns pronunciation. The majority of MPs have gone for ‘rog’ as in ‘dog’ but, as is sometimes the case in politics, the majority appear to be wrong. The linguistic sources are all saying ‘rogue’ as in, well, ‘rogue’. Try this, for example. And while you’re there, click the third one down. I’ve never heard it pronounced that way before!

Of course, the benefit of the former is that it’s manna from Heaven for poets, who’ve been racking their brains for a word to rhyme with ‘prologue’. Blimey! Maybe that’s what Liz thought Boris was trying to say!