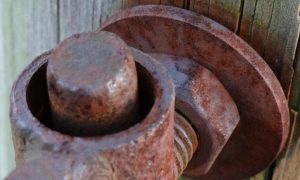 You may have received an email recently (or perhaps 400 emails) encouraging you to pivot. And you may have thought, “Bit rude.” But that wouldn’t have been the intention. While ‘pivot’ may mean the same thing as ‘swivel’ in engineering terms, its use in vernacular English is quite different.

Our ability to pivot, it seems, is the key to getting out of this lockdown with our livelihoods intact. You may have your doubts about this. Fans of Friends will remember that it was also Ross’ solution for carrying a sofa up a staircase, and look how that turned out.

So I’ve looked into pivoting to see exactly what sort of manoeuvre I should be performing. A good way to think of it is to imagine the pin in a hinge, about which the hinge hinges. That was the original pivot, a word brought over from France as late as the 1600s. You wonder what they called a hinge pin before that. A hinge pin perhaps.

But pivot proved a more versatile name because it could be used as a verb (although it took a couple of hundred years for anyone to figure that out), plus it had the added advantage of providing golf poets with a rhyme for divot.

In a business sense, pivoting is changing direction. An example would be a manufacturing company that makes vacuum cleaners, retooling to make ventilators. Same production line, same people, same factory, different product. That would be a pivot. Subsequently being told by the Government that it’s not going to pay for the ventilators because it miscalculated and doesn’t need them anymore, and going back to making vacuum cleaners – that would be another.

So it’s not the same as a u-turn, though it can be a sudden about turn. It’s not a sidestep or a changing of horses mid-stream, and definitely not a jumping ship. It can be a turn on a sixpence, even a volte-face or a change of tack, but not a change of track. Get it? It is the ability to embrace new opportunities without throwing the baby out with the bath water. You’ll know when you’ve really mastered it because you’ll be able to give yourself a pat on the back.

So keep your eyes and ears pricked for those new opportunities. “As one door closes, another one opens,” as my old uncle used to say. Lovely man, terrible cabinet maker.

In 75 years from now, our grandchildren will raise a glass to this generation that fought the pandemic and battled on through Zoom quizzes, flour shortages and Netflix fatigue, and they will marvel at our fortitude and our ability to pivot.