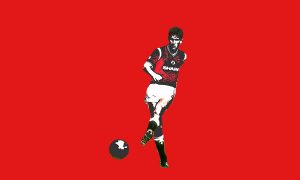 Last week I took the liberty of plagiarising a joke about cabinet making. It was a joke worth nicking, I thought, and I know that at least two of you had never heard it before, so that made it worthwhile. “No one is useless in this world who lightens the burdens of another,” as Charles Dickens once said.

If you’ve ever tried your hand at cabinet making, you’ll know how important it is to make things square. I don’t mean square in the all sides are equal sense, I mean square in the perpendicular sense. There have been many cabinets made over the centuries in all manner of styles, ranging from the delicately ornate to the brutalistically utilitarian, but at least 99 per cent of them conform to the one abiding philosophy that the sides should be at 90 degrees to the front and back. That’s just normal. Literally.

It’s a tenet that’s been around since at least the Ancient Greek civilisation and the Romans were sticklers for normality too. How do I know? Because they had a word for it. Guess what it was.

The Greeks used the word ‘gnomon’ for a carpenter’s square (the right-angled tool carpenters use to make sure their cabinets aren’t crooked). You might know a gnomon as the triangular piece that casts the shadow on a sundial. That’s where the Greeks got it from. They were fascinated by the fact that a triangle could be square, and who wouldn’t be?

They noticed, for example, that sequences of consecutive odd numbers starting from 1 added up to square numbers. Try it. 1+3=4. 1+3+5=9. 1+3+5+7=16. etc. They then departed into realms of geometry that are far too complex and long-winded to discuss here (ie I don’t understand them), but it resulted in stuff like the Parthenon, so let’s just accept that they knew what they were talking about.

The Latin word for a carpenter’s square was ‘norma’, and as the Romans also liked things very regimented and neat, it evolved to mean regular, conforming to rule, and first entered the English language with that meaning. Normal – pertaining to a norma.

If you know anyone called Norma, though, it’s more likely that their name derives from the Norsemen (and women), who became the Normans (and Normas), rather than some obscure trend for naming girls after carpentry tools. “Have you met my daughter Claw Hammer?”

It would seem reasonable to assume that ‘normal’ comes from ‘norm’, just as ‘tidal’ comes from ‘tide’, but in fact it happened the other way round. Using ‘norm’ instead of ‘norma’ didn’t become the norm until the 19th century.

Which reminds me of one of my favourite pieces of graffiti. It was written in a neat marker pen on a metal barrier on the Stretford End at old Trafford and it read, quite simply, ‘United 1 Everton 0 – Big Norm’. A beautifully succinct evocation of one of the most dramatic moments in the history of the world. I’ve read 1,000 word match reports in the broadsheets that were less insightful.

So as thoughts begin to turn to a post-coronavirus return to normal, you can’t help wondering what kind of ‘normal’ we might be returning to. Will life be square? Or will every day feel like a Norman Whiteside Cup Final winner?

We can but hope.