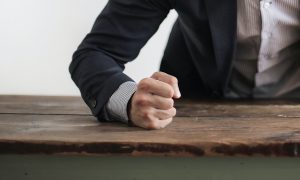 With the US Election upon us, and me being pushed for time, it seems fitting to hand the floor to New York Brian again this week. After all, it might be the last time we ever hear from him.

Regardless of your political affiliation, the candidates for US President put on quite the show in Cleveland recently. Perhaps it will come to be known as the ‘Why oh why oh in Ohio’. As taglines go, it’s not quite on the level of the ‘Thrilla in Manila’, but I didn’t have much to work with.

Note: For all you USA Debate Commission members reading this, please select a location with better rhyming potential in 2024 will you? I hear Blue Grass, Iowa, has a nice auditorium. I think it’s called the Grass-Bowl or something? The headline would just write itself.

Anyway, I’m not sure that what happened in Ohio could be called a debate. Debacle may be a more accurate description. Come to think of it, it’s quite possible that both men misread the brief.

The two words do look quite similar, after all. Debate comes from the Old French mot debattre, meaning to fight or beat down (hang on, maybe Trump and Biden were doing it right after all) but has morphed in modern times to the sense of a more reasoned argument.

In fact, long before the French were debating the definition of debattre, the Ancient Greeks were making a pastime of logical argument. Socrates – who you could never accuse of being a yes-man – mastered the art of unpicking apparently obvious truths with an infuriatingly surgical reasoning that would have made Mr Spock or Keir Starmer look positively Johnsonian (and I don’t mean Samuel).

Oh for a bit of that in Cleveland. But perhaps I’m being naive. In the 19th century, the German philosopher Arthur Schopenhauer set out 38 handy stratagems for winning an argument, ignoring what he mocked as the over-adherence to logic and launching into more underhand tactics.

These included ‘using different meanings of your opponent’s words to refute their argument’ and ‘ignoring your opponent’s proposition and attacking something different to what was asserted’. I imagine all 38 are inscribed above a door somewhere in the House of Representatives.

Schopenhauer’s final tip was to ‘become personal, insulting and rude as soon as you perceive that your opponent has the upper hand’. I know what you’re thinking: Trump must be a student of the Schopenhauer school of philosophy. Who knew! But here’s the bit he didn’t get: Schopenhauer was being sarcastic.

Debacle, by the way, originally meant something much more catastrophic than the ‘embarrassing failure’ definition that we give it today. It literally meant a violent flood, and generally meant ‘downfall’. We live in hope.