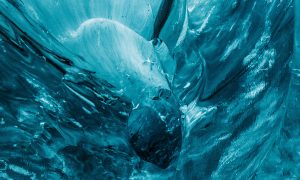 Do you ever wonder why people live in Norway? I’m not saying there’s anything wrong with the country per se, it’s just that if I’d been an early homo sapiens migrating out of Africa, looking for somewhere nice to live, I reckon I’d have stopped somewhere around the Côte d’Azur, or maybe Tuscany or southern Spain. Fertile enough to give me all the grapes and olives I could eat, yet warm enough not to necessitate insulating my cave with several layers of mastodon hide in order to survive the winter.

To underline my point, I just looked up the temperature in Tromsø, up at the top end of Norway, and found it’s exactly the same right now as it is in Reigate. Do you ever wonder why people live in Reigate?

A few years ago I made a New Year’s resolution to stop feeling cold. Well, I didn’t smoke and I didn’t need to lose weight, so there wasn’t much left. I was working from home at the time and my office was an unheated attic room in a Victorian house. You wouldn’t notice the cold setting in but at the end of the day I’d get up to go downstairs and find that my knees had locked in a frozen right-angle. The only way to survive was to crawl down the stairs backwards on all fours until I reached the warmth of the ground floor and the thaw set in.

So one year I decided I’d had enough of this and determined to put a stop to it. It wasn’t a decision to wrap up warmer, nor to instal some kind of heating in the attic. No, it was a simple matter of mental fortitude. I made my mind up to stop feeling cold. I might get cold but I wouldn’t feel it. And guess what, it worked. I recommend it to anyone who’s been bitten by the working from home bug and plans to make it permanent. Winter is upon us. Brace yourselves.

The other day I stumbled upon a radio interview with a Dutchman called Wim Hof, aka The Ice Man, whose idea of a nice swim is to dive through a hole in the Arctic and make like a seal. “Aha!” I thought (continuing the Norwegian theme), “another man who’s made up his mind not to feel the cold. I am not alone in this world.”

It turned out that thousands of people around the world have not only made up their minds not to feel the cold but actively go in search of it for its physiological benefits. These include, if I remember rightly, enhanced immunity, lower stress levels, a possible cure for Alzheimer’s, the promise of a longer life and a smaller penis.

Hof reeled off some benefits of his own, along with a juicy plug for The Wim Hof Method, which you can learn over a 10 week video course for €179. As far as I could tell, the method boiled down (if that’s the apposite expression) to three things: breathing, mental fortitude and a cold shower every morning.

Having mastered the first two, I decided to have a go at the latter. Thirty seconds of discomfort for a stress-free day and £££s off the heating bills? Seemed like a fair deal. With the immortal words, “I’m just going in the shower and I might be some time,” I took the plunge.

I can only compare those first few seconds to the ice cold chill that runs down your spine when you hear Cliff Richard’s got a new album out. After another 20 seconds of controlled gasping (a good name for the album), I began to settle into it and when I got out I felt fantastic. Tingling. Energised. Relaxed. Alive! It lasted until at least 9am.

I’ve repeated this masochistic ritual every day since and I’m definitely growing acclimatised. The trouble is, I’m growing acclimatised. With tolerance comes a decline in the pleasure – ask any addict – so the afterglow is diminishing too, which means I need a bigger fix of cold to get the same buzz.

If you’re thinking of practising cold therapy to prepare you for a winter of working from home, apparently 30 seconds under a cold shower isn’t enough. You’re really supposed to immerse yourself in an ice bath for several minutes.

I’m not sure I need it that badly. I might just settle for dying before I’m 125.