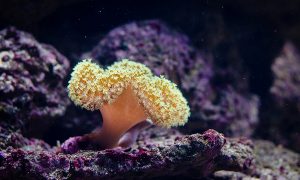 Are you a sponge or a stone? Do you like to experience all facets of life? Or do you shut yourself off from new experience?

Fans of Withnail and I will immediately recognise these lines as Uncle Monty’s roundabout proposition to the terrified Marwood, to which Marwood replies in desperation, “I voted Conservative!” There’s something in the way Richard Griffiths says “sponge” that gives this most primitive of multicellular organisms a salacious quality that would probably surprise it if it knew. Most sponges are, after all, hermaphrodites.

The sponge is, indeed, a remarkable animal. Among the many attributes it has accrued over the 600 million years or so that it has steadfastly refused to walk this earth are the ability to change its cells from stem cells to any other type of cell and back again (thus enabling it to grow in any form necessary to suits its environment) and the ability to filter 100,000 its own volume of water every day.

While conversation may not be a strong point, the sponge has provided absorbing company in the bathing, contraception and sanitary department for several thousand years at least. We know the Greeks liked a sponge for washing and the Romans used them to rub oil on themselves. (Let’s face it, what didn’t the Romans use to rub oil on themselves?) They also dipped them in vinegar for crucifixion victims to drink from.

So sponge harvesting has long been a mainstay for communities from Cuba to Zanzibar and a very sustainable industry it is too. Crop a sponge correctly and it’ll grow back, bigger and stronger than before. Some sponges can live for more than 200 years and you don’t need to feed them either, which gives them a considerable advantage over the cow when it comes to livestock.

Of course, humans eventually decided they could make more money by manufacturing their own sponges, first using flour, eggs, sugar and milk (tasty but impractical in the bath) and then polyester (good in the bath but hard to digest). Neither has the medicinal properties of the sea sponge, though. Apparently the chemicals it squirts out to ward off predators have proven useful in modelling drugs used to fight cancer and HIV. Isn’t nature marvellous!

There’s nothing quite like a sponge for doing what a sponge does. In fact, it’s hard to think of anything in nature that is more handy. In the days when our ancestors were finding practical uses for sticks and stones, you can imagine the admiration there must have been for the cave dweller who first came home with a sponge. “Look, it can soak up mastodon blood AND you can use it to create an attractive paint effect on the wall.”

It would all be a lot simpler if the verb ‘to sponge’ simply meant to eat cake. Do you sponge? I most certainly do!