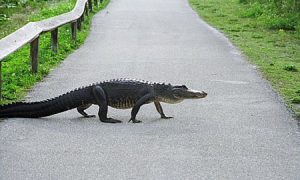 Don’t you just love an apocryphal tale? When it comes to the origin of popular sayings, you can hardly move for them. This week brought the first sighting of a newt in my garden pond. It’s always an exciting moment when something other than a cat or a bird happens across my natural habitat but there was something particularly poignant about the arrival of this newt, coming as it did at a time of national fixation with getting back to the pub.

How, I wondered, as I watched the litter critter zigzagging through the water, blowing bubbles, looking lost, appearing to gesticulate at nothing in particular, pausing to collect its thoughts, then composing itself again and heading off in a different direction with absolute conviction, did this diminutive reptile come to be the benchmark for human inebriation?

Here’s one theory. When whisky distillers wanted to test the strength of their brew, they dropped a newt in. If it picked a fight with its own reflection before it hit the bottom of the bottle, the whisky was deemed up to strength.

There are other yarns about brewers using random bits of wildlife to flavour their brew, which could either be seen as corroboration of the whisky theory or further evidence that the British public’s propensity to concoct cock and bull stories knows no bounds. (Don’t get me started on the origin of cock and bull!)

Shakespeare, of course, wrote about the practice of flavouring a brew with eye of newt, wool of bat etc, so there is some historical evidence to support this theory, but then if you believe Shakespeare, you’ll believe anything… as Richard III used to say.

Here’s another. In the late 1700s and early 1800s, when Britannia ruled the waves, junior ensigns in the Royal Navy were known as Newts. Being young, they tended to succumb to the rum more severely than their older shipmates. This sounds plausible until you Google, “Were young Royal Navy ensigns known as Newts?” and Google comes back with, “No.”

What Google does give you is chapter and verse on newts. And here’s an interesting thing: there are only three species of newt in the UK. Usually when you research an animal, such as the bee or the ladybird, you discover that there are untold species, more than you ever imagined, but with the newt it’s the other way round. They don’t do variety.

You’ve got your Smooth Newt (aka Common Newt), your Palmate Newt, which looks like a leopard only smaller, and the star of the show, the Great Crested Newt, which is basically a very small dragon, albeit without the fire.

The Great Crested Newt is protected, which means it holds extraordinary power. These babies can stop supermarkets. If someone’s planning to develop that nice bit of green belt outside your back yard, don’t waste your time writing to the Council or lying down in front of the bulldozers, just get yourself a Great Crested Newt and plant it in the middle of the site. Then get a qualified herpetologist to ‘discover’ it and watch the developers roll out of town.

Herpetology, by the way, comes from the same origin as herpes, that being the Greek word for ‘to creep or crawl’. But this shouldn’t be allowed to cloud your judgement of the humble herpetologist, who can tell you some extraordinary things about newts.

For instance, their ability to regenerate parts of their body. “Ooh, I’ve just had me leg bitten off. Never mind, I’ll grow another one.” “Agh, now me eye’s gone. Hang on, here’s a new one.” (I’m talking about the newts now, not the herpetologists.) Seriously, newts can do this: tails, jaws, intestines, spinal cords, even hearts. Like Trigger’s broom, that newt in my pond might not have any of its original parts!

Which makes the comparison between newts and some of the people I’ve seen staggering out of the Blue Anchor at closing time a little more valid.

One theory that I haven’t come across yet, but intend to spread, is that ‘newt’ in this instance is short for Canute, the old Norse king who used to go on drinking binges with his lords and then insist that they carry him down to the beach so he could shout at the sea. Hence “drunk as a lord” and “pissed as Canute”.