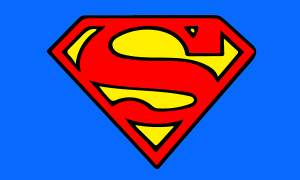 Bit of a cock-up on the football front. Having witnessed the swiftest and most pathetic volte-face since my cat mistook a badger for a pigeon, I’m now feeling unusually well disposed towards the owners of European football’s richest clubs. They are the gift that keeps on giving.

This week’s debacle has satisfied that mischievous desire to believe that people who become immensely rich are really much more stupid than we are. Here was the proof and boy did it feel good!

I was also grateful because I’ve been wanting to take a look at the word ‘super’ for some time now but haven’t been able to find anything punchy to hang it on. Then along come the European supernumpties (few of whom are actually European, it has to be said) and, with uncharacteristically good timing and spectacular malcoordination, put the word on a plate, two yards out in front of an open goal.

Thump! Thank you very much.

There was a time when ‘super’ meant smashing, lovely, great. Remember Reggie Perrin? Great. Super. I didn’t get where I am today by not remembering Reggie Perrin.

Quite how it came to mean that, though, is something of a mystery. That wasn’t the intention of the Romans, who invented the word. For them it meant above, over, beyond, as in ‘supernatural’ or ‘supernumerary’. Somewhere in the passage of time, however, someone gave it a sideways nudge and it came out meaning ‘really big’ or ‘really good’, as in ‘superyacht’ or ‘superfan’.

Superman probably had something to do with it. He usually does.

The reason I wanted to write about ‘super’ is because there has been a steep rise in its use in recent years and not in the Reggie Perrin way. It lost popularity post-Perrin, and certainly post Savile, giving way to ‘wicked’ and other edgier expressions that I’m too old to pretend to have noticed, but now ‘super’ is very much back in vogue. A cliché, you could say.

Everywhere you look, people are “super busy”, “super stressed”, “super aware” and all sorts of other super states, and in every case the word is being used to mean ‘excessively’. Even when it shouldn’t. Come on, you’re not that busy. But I can only assume they’ve done their homework and decided to revert to the Roman definition.

Whether the owners of Europe’s richest football clubs were inspired by the Romans is anyone’s guess. Caligula maybe. Didn’t he try to promote a horse to senior office?

0
Word of the Week: InnovationUncategorized