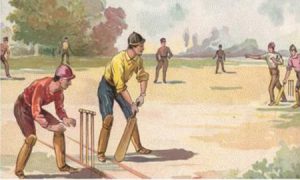 I recently made the mistake of going on holiday. Don’t get me wrong – I had a lovely time. The mistake was coming home to a barrage of emails from various service providers, asking me to complete their online satisfaction survey (an oxymoron if ever I saw one). Airline, car hire, accommodation booking site, kebab shop…

It’s about time the EU did something about all these unsolicited emails – some sort of general data protection regulation.

Anyway, the car hire experience had actually been very good for once, so I was moved to click the simple 1-5 rating in the email to give them my personal pat on the head and immediately regretted it. This innocent click opened up a vast and ridiculous survey, which I then felt hooked into because I hate leaving things unfinished and they know it.

Question 3 went something like: ‘Please explain why you rated your car rental experience as very satisfactory?’ to which I replied, ‘Because the experience left me feeling very satisfied.’

OK, I wasn’t proud of it, but come on. Ask a silly question…

We don’t use the word ‘silly’ much these days. Certainly not as much as we should. Some time around the 1980s it seems to have been phased out in favour of ‘stupid’ and other more coruscating epithets. Silly just wasn’t tough enough for the Thatcher years. It belonged to the more innocent 60s and 70s, when we revelled in silliness, from the Goons to The Beatles to Glam Rock to Clouseau to Denis ‘What a Silly Billy’ Healey. You could be silly without being stupid. In fact, most of the silliness came from very clever people.

And if that seems mixed up, consider the etymology of the word silly itself. Having evolved from the Old English ‘gesaelig’, it originally meant happy or prosperous. Then, in the 400 years between 1200 and 1600, it suffered a spectacular fall from grace, landing up in a pile of manure, scratching its head and wondering how it had come to mean foolish or feeble of mind. Rather like one of those word puzzles you see in newspapers, where you have to change ‘Musk’ into ‘Pedo’ in five steps by replacing one letter at a time, the sequence went something like this: happy, blessed, pious, innocent, harmless, pitiable, weak, foolish. And for the next 400 years the word was synonymous with daft.

Hence the fielding positions in cricket: silly point, silly mid-on and silly mid-off – so called for no other reason than that you have to be daft to stand that close to the batsman, where your chances of being ‘knocked silly’ by a firmly struck drive to the melon are high.

After WWII, a synthetic rubber substitute, invented in response to Japan cutting off the Allies’ supply of rubber, went on sale as a toy, under the name of Silly Putty. It did exactly what it said on the egg (yes, it came in an egg) – it was like putty and it behaved in a silly manner. Later imitations included Slime, Gloop and Potty Putty (a much better name), but Silly Putty was the original.

And then there are the Isles of Scilly – spelt differently but sounding the same – thanks to the Romans, who called them (or one of them) Scillonia Insula, for reasons known only to themselves. You have to refer to them as the Isles of Scilly, because if you say ‘the Scilly Isles’, people think you mean the dual roundabout complex on the A307 in Esher.

If you ever find yourself negotiating this particular road feature, it might interest you (and not surprise you) that it was originally dubbed ‘the Silly Islands’ in the 1930s, when the roundabouts (known as ‘traffic islands’ in those days) were constructed to manage the increasing traffic.

And if you imagine traffic in the 1930s amounted to the occasional butcher’s van getting stuck behind a penny-farthing, think again. Here’s a video of London traffic in the 1930s. The volume and dangers of cars and lorries on the road was so severe that it prompted the passing of the Road Traffic Act 1930. In 1926, road deaths had been recorded for the first time; they amounted to 4,886 that year – nearly three times present-day levels. The Road Traffic Act tackled the problem with a daring bit of reverse psychology – it did away with all speed limits, apart from a 30mph limit for buses and coaches in built-up areas.

The death toll immediately rose, so they tried another Road Traffic Act in 1934, applying the 30mph limit to all vehicles in built-up areas. Still the fatalities increased. In 1941 road deaths reached the highest level on record, 9,196, which seems to have had something to do with the obligatory practice of driving around at night with no lights. Seems silly now but this was war time. You could thwart the Luftwaffe but that bloke from No17 with the drophead Alvis would get you in the end.

Brace yourself for more of this sort of stuff, for we are entering Silly Season, the time of year when newspapers have nothing ‘important’ to write about and so fill their columns with anything that comes to mind. Sounds much more worthwhile if you ask me. The term Silly Season was first recorded in 1861 and referred specifically to August and September when Parliament and the Courts were not in session. No football season in those days, you see. Now, of course, Silly Season is the rest of the year when Parliament and the Courts are sitting.