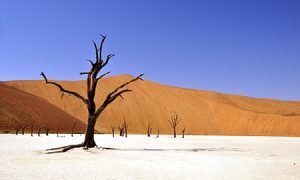 Ever noticed how monosyllabic we get when it comes to the weather? Wet, dry, rain, snow, wind, sleet, mist, fog, cold… and, of course, the current hot topic, hot. It’s no wonder we Brits love to talk about the weather – there’s so little effort involved.

And that’s pretty much job done.

Of course, the word ‘hot’ covers far more than just the weather. You’ve got your hotspot, hotshot, hothead, hothouse, hotbed, hot-wire, hot dog, hot pants, hot-rod, hot air and hot damn! (a weird exclamation for which no-one seems to have claimed responsibility). Even on its own the word hot has a multitude of meanings: sexy, passionate, topical, popular, spicy, stolen. Hot is de rigeur. Hot is cool. But you might be surprised to learn that many of these uses of hot are not modern slang at all.

Hot as in ‘all the rage’ was a term coined by the Victorians – not a breed renowned for their hip slang, yet the definition burns as brightly today as it did in the mouths of those austere looking men in top hats, who kept their passions behind closed doors. That song Hot Stuff by Donna Summer… You know, that wickedly sexy disco number, immortalised by the dole queue scene in The Full Monty? Victorian expression.

Hot as in passionate, fervent or – let’s not be prudish about this – randy can be traced back even further, to the 1500s. You might assume it derives from the term ‘in heat’, as applied to a randy animal, but that term wasn’t spawned until the mid-1700s. The link between heat and passion was, it seems, noticed in humans before it was noticed in pigs or dogs and, in fact, goes right back to the Ancients, who, even in the fierce glow of the cruel Athenian sun, had the self-awareness to spot that sexual arousal causes the skin temperature to rise.

How did I get on to this? Must be the weather.

Hot as in pungent or spicy also dates back to the 1500s, although that can’t have been the first time people noticed that spicy food causes a sensation of heat in the mouth. It does this, by the way, because the bits of the nervous system that detect spicy food (VR1 receptors, it says here) are the same bits that are designed to detect hot (as in high temperature) food. Their real job is to protect us from foods that might set the roof of the mouth on fire but somewhere along the line we’ve learnt to play a masochistic game of Russian Roulette with our VR1s by throwing in the odd Vindaloo grenade.

A useful tip in the current climate is to eat hot food to cool down. Why? Because the ‘heat’ triggers the body’s cooling system (sweat) and lowers your body temperature.

The word hot was originally spelt hat – hence Alfred the Great opening his address at the Witan in 890AD with the popular joke of the time, “You’re looking a bit hat in that hat, Athelstan.” – and heat was spelt het, which is where we get the expression ‘het up’, meaning fired up or annoyed. When hat evolved into hot it was originally pronounced ‘hote’ (like boat or coat), but then the French came along with their haute cuisine and the long vowel sound had to be shortened to avoid confusion at state dinners.

The last time we used the word hot with such consistency throughout a British summer was 1976 but this feels like a much more benign heatwave. OK, so the lawn looks like a doormat and the leaves on my tulip tree think it’s autumn but back in 76 we had the Cod War, the IRA and Brotherhood of Man to contend with. The Yorkshire Ripper was at large, Jeremy Thorpe was, well, who knows? and Southampton won the FA Cup.

On a brighter note, James Hunt won the F1 championship, John Curry won gold at Innsbruck and Concorde and the Intercity 125 started carrying passengers at alarmingly high speeds. But we lost Agatha Christie, LS Lowry, Sid James and Benjamin Britten, there was a massive riot at the Notting Hill Carnival, cats and dogs were bathing together to save water and the whole country was a tinderbox, both literally and metaphorically. By Christmas, the word on all the kids’ lips was not Fortnite but Anarchy.

In August, with the temperatures still topping 30˚C every day, my family went on holiday to Rhayader in mid-Wales, enticed by pictures of the nearby Elan Valley reservoirs with their majestic dams overflowing with cascades of foaming water. On arrival we found the water level down somewhere around ankle deep with the dams standing silently baking in the relentless sun. There was only one thing we could say: