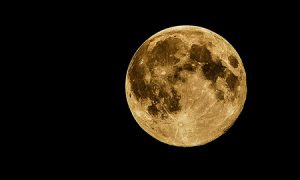 So the Chinese have landed a space craft on the Dark Side of the Moon. I was never a fan of prog rock myself, but that seems a bit over the top. Ah, please yourselves. This week’s space exploration news, coming 50 years after Neil Armstrong took his ‘giant leap for mankind’, has raised several questions about our natural satellite, the first being why has it take so long for mankind to find our way to the other side?

You can drive coast to coast across America comfortably in a week. That’s three quarters of the distance involved in driving half way round the Moon, so if Armstrong had set off in a lunar buggy on 20 July 1969, he could have arrived by August. Instead we have to wait half a century.

Still, space travellers like to do things the hard way. Apparently landing on the far side is difficult because you lose radio contact. It’s a bit like driving through Shropshire. Many is the traveller who has set off for Ludlow and ended up in Bridgnorth by mistake. Still, it’s worth it for the Cliff Railway.

By some quirk of physics, the Moon always shows us the same face as it orbits Earth, like a kid trying to hide something from its mum – cheese, presumably. It’s a different looking cheese on the far side – a more holey kind – which raises another question. Why is the Moon so scarred by craters when the Earth is not? Does the Moon act as a kind of cosmic goalkeeper, catching everything the Universe shoots our way? Or have we just been lucky?

It seems we’ve been lucky. Very lucky. The Moon is believed to have been created by an object the size of Mars crashing into Earth, causing a massive explosion and throwing out debris, which collected together into one rocky body orbiting what was left of the planet. We’ve hardly been hit by anything of any significance since then, which is lucky, because if we were to be, you could forget about Brexit. Hmm, maybe not so lucky.

Another massive slice of fortune is the fact that that amalgamation of debris formed into an object exactly the right size to obscure the Sun, giving us the extraordinary spectacle of a total eclipse. A few miles bigger or smaller in diameter and it would hardly be worth taking the day off for.

All this makes the Moon an intriguing and precious presence in our lives. And we haven’t even got onto tides and werewolves yet. But the biggest question still left unanswered by the scientists at NASA and CNSA when it comes to the Moon is this: should it take a capital letter or not?

And while we’re at it, what about the Sun and Earth? Because while these are clearly proper nouns denoting each particular orb, you will frequently see them spelt without capitals. ‘The sun is shining in the sky.’ ‘China’s moon mission.’ ‘What on earth are you talking about?’

Notwithstanding the fact that calling our moon the Moon is about as imaginative as calling a cat Cat, the only time moon doesn’t merit a capital M is when you’re talking about any old moon, such as ‘the moons of Jupiter’, or the verb to moon.

The practice of ‘mooning’ – showing your buttocks in an insulting manner – was allegedly given its name in 1960s America from 18th century slang for the buttocks, but it’s been part of our culture since time immemorial. Chaucer referenced it in The Miller’s Tale, Mel Gibson re-enacted it in Braveheart and it’s a fair assumption that a fair bit of mooning took place outside the walls of Troy.Are we really supposed to believe that Paris was aiming for Achilles’ heel?

In 1980s Croydon, fuelled by disaffection with Thatcher’s economic policies and the songs of Nik Kershaw, the local youth took mooning to a new, dynamic level by evolving it into a form of unarmed combat known as ‘jousting’. This involved adversaries performing a running moony from opposite ends of the tournament field and coming together in a sickening clash of buttocks. There were no winners. It was done purely for the adrenalin rush.

Channel 4 briefly considered televising it, in between the American Football and Kabaddi, but dropped the idea after the notorious ‘Lloyd Park incident’, an ill-fated mass joust that took place in Lloyd Park, Croydon, shortly after closing time in the summer of 1984.

This is the tale as it was related to me (I wasn’t there, honest). On the night in question, a group of young men had arranged a joust on a field that, rather like the site of the Battle of Hastings, had a distinct incline with a brow, such that the two teams could not see each other at the start. They agreed to begin the joust on a verbal signal.

Just as they were preparing to start, the Police arrived and began questioning the team at the lower end of the park. The cops seemed to have accepted the boys’ explanation that they were on their way home from the pub and had just stopped to relieve themselves in the park, when a cry of ‘Joust!’ went up from somewhere in the darkness and over the hill came the other team, running backwards, trousers round their knees and buttocks to the fore.

The Police report described it as ‘The dark side of the moony’.