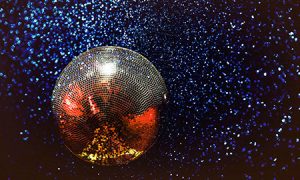 Where would we be without balls? England would never have won the World Cup. (I’m trying to ignore your tittering). Cinderella would never have met Prince Charming. And, on the grander scale, Christopher Columbus would have sailed off the edge of the Earth. From atoms and molecules to planets and stars, everything tends towards the spherical. Even time. No really. It’s no accident that history repeats itself.

Not surprisingly, then, there are a lot of people in the world with the surname Ball. Eleven and a half million, in fact, according to MyHeritage.com. Bobby, Michael, Jonny, Zoe, Benny the… I won’t list them all.

If I asked you who was the most famous Ball ever, you might say Alan, World Cup winner in 1966 at the age of just 21. But if you had been alive during the Great War you would surely say Captain Albert Ball, flying ace and hero, who was the Royal Flying Corps’ most prolific fighter pilot until his death in action at the age of 20. His passing was mourned by the nation and even the Red Baron paid tribute.

The surprising point is that none of the 11.5 million Balls currently rolling around the surface of the planet inherited their surname from an ancestor who was called Ball because he did ballet. “Why should they?” you might ask. I’ll tell you.

Have you ever wondered why a ball, as in Cinderella, is called the same thing as a ball, as in Hitler? There is nothing spherical about the Cinderella variety, apart from the glittery thing that hangs from the ceiling, which only emerged in the 1920s. No, the reason a ball is called a ball is because it comes from an Old French verb ‘baller’, meaning to dance (hence ballet).

At the root of the French ‘baller’ is ‘ballizein’, a word the Greeks used for dancing but which literally meant ‘throw your body’. Ever been to a Greek disco? Today we call it ‘throwing shapes’.

Even the same expressions go round and round.