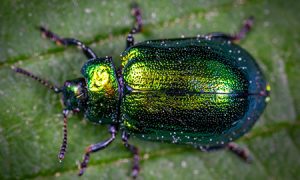 There’s something spooky going on. Earlier this week I was offered a Werther’s Original by my friend Nick and we were extolling the virtues of this caramel flavoured confection. This naturally led on to us finishing the packet while discussing similar ‘old man’s car sweets’ like Murray Mints and Humbugs. Beautiful. I haven’t had a Humbug in years, nor even heard the word.

So imagine my surprise when I turned on the radio on Thursday morning to hear that Boris Johnson had caused a furore on the floor of the House by using the very same word that I’d spent several minutes discussing on Monday! Was this some sort of voodoo? Could my casual discourse somehow be influencing the Prime Minister?

Since then I’ve been testing the theory by trying to shoehorn phrases like “Sorry, it’s all been a terrible mistake” and “I resign” into my conversations. Nothing so far. But I do seem to have more time on my hands.

Not since Ebeneezer Scrooge denounced Christmas has the word ‘humbug’ caused such upset. Or so you might think. But then you’d be overlooking the Bradford Humbug Poisoning of 1858. I’m not making it up. While London was recovering from The Great Stink and Charles Darwin was preparing the ground for the publication of his theory of evolution, Bradford sweet purveyor William Hardaker was busy selling Humbugs cut with arsenic.

He didn’t mean to, it was just another terrible mistake. Because sugar was so expensive in those days, confectionery makers used to bulk up their ingredients with a mixture of cheap substances like ground chalk and plaster of Paris. This ballast was known as ‘daft’. On the occasion in question, the chemist who usually supplied the daft got his labels mixed up and despatched a jar of arsenic trioxide instead. The headline practically writes itself.

The upshot was that 20 people died and 200 others spent the best part of the week hugging the toilet. Like most public tragedies, it did precipitate some overdue legislation, including stricter controls over food manufacture and the way pharmacists looked after their poisons, but it was a while before anyone in Bradford bought a Humbug again.

The word ‘humbug’ had first come into use a hundred years earlier, as student slang for a trick or hoax. Regular readers with a strong power of recall and little else going on in their minds may remember that the origin of bug was explained in detail under the word Bugbear. It has the same source as ‘bogey’, as in the ‘bogeyman’ – a demonic supernatural being. In the 1600s, though, this meaning of bug was softened a little to ‘small creepy-crawly, possibly with wings’.

You can imagine one such bug being dubbed a ‘humbug’ because of the sound of its wings in flight. You have to imagine it because there is no historical record of the origin of ‘humbug’, so I’m making one up. You can just as easily imagine an 18th century Etonian using the nickname of said bug as an exclamation, just as they used expressions like “hogwash!” and “balderdash!” and “bagsy be Prime Minister next”.

By the time Charles Dickens published A Christmas Carol in 1843, humbug was well established as meaning ‘deceptive talk’ or ‘sham’, but also ‘a boiled sweet flavoured with peppermint’. Neither, it seems, influenced the other. It’s a fair assumption, though, that it was Scrooge, rather than the boiled sweet, that influenced Boris. That or the voodoo.