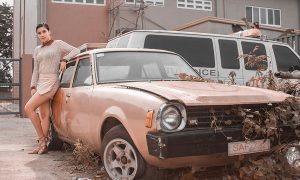 Photo by Thick and Thin from Pexels

Hands up everyone who thinks this blog ain’t what it used to be. Rose-tinted spectacles, my friend. If you look back through the archive or buy the book, you’ll find it’s always been rubbish. Anyway, read on.

There’s been a lot of nostalgia about this week. First I exchanged a couple of messages with an old friend, who I haven’t seen for years. Then I watched Withnail & I for what must have been the 20th time, had a sherry and read a volley of WhatsApp messages from grumpy middle-aged men carping about the young generation.

When I was a lad, there was nothing appealing about grumpy middle-aged men carping about the young generation, but as you get older these things just seem to grow on you, don’t they? It’s like Spandau Ballet. I can now sit through almost the entire length of Through the Barricades without having to hurl the radio out of the window. I haven’t quite adjusted to Bananarama yet, though.

The main thrust of the grumpy old git argument seemed to be that there are millennials about nowadays who haven’t heard of some of the stuff we were into when we were young. This is true. I had to explain to a 29-year-old who Pam Ayres is today, and that shouldn’t have to happen.

It’s a funny thing, isn’t it, criticising a whole generation? Especially when it’s the generation that you created. “Then God said, ‘Let Us make man in Our image, according to Our likeness; let them have dominion over the fish of the sea, over the birds of the air, and over the cattle, over all the earth… Then God saw everything that he had made and he slagged it off for watching Love Island and spending hours on its phone and saying ‘like’ all the time.”

My old friend, the one I exchanged messages with, said, “Beware of nostalgia; it’s the English disease.” And he was right… up to a point. It was actually originally a Swiss disease, defined by a 17th century scholar at the University of Basel as a morbid longing for home. He coined the word from bits of Greek he found lying around: ‘nostos’ (homecoming) and ‘algos’ (pain, grief, distress). Apparently it was a particular ailment among his fellow countrymen; something to do with the altitude, perhaps. Or the Toblerone. Which must be why they sell it at airports.

For most of its life, ‘nostalgia’ had a far more serious meaning than the whimsical definition we give it today. It was a recognised medical condition, fatal in some cases, bearing down on slaves, convicts, soldiers and sailors, crushing their souls until they lost the will to live. It was actually recorded as a cause of death in the medical records of some military campaigns. The longing to go home. You can believe it.

The modern definition of the word, ‘a wistful hankering for 70s cop dramas’, first emerged in the 1920s. Which is odd considering they hadn’t invented 70s cop dramas… yet they had just come out of World War I, given women the vote and invented the bread slicer. You’d think they would have been pretty damn content to be living in the present.

But the severity of nostalgia is threatening to return, opening up a generation gap that had been steadily healing since the 50s, giving a platform to daft old ideas that had been rationally cast aside through reasoned argument, and enabling Bananarama to reform. Such is the cycle of life.

My son turns 16 today. I’m so happy for him. He’s never heard of Bananarama.