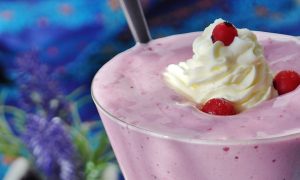 To create the optimum atmosphere for watching the Rugby World Cup Final tomorrow, I’ve been putting together a playlist of classic tunes from 2003, the year England last won it. It features two of my favourite songs of all time, Milkshake by Kelis and United States of Whatever by Liam Lynch.

‘Like’, as we all know, is a verb meaning ‘to find pleasing’. It’s also an adjective meaning ‘similar to’ and a noun meaning ‘something of the same type’. You can sort of see a connection between those meanings, but it’s very tenuous. And throughout its lifetime, ‘like’ has morphed like Doctor Who into a variety of meanings connected by the most fragile of threads.

Back in the 17th century, for example, they said “like to” to mean “almost”. Then in the 1800s it started being used to mean “such as”. In certain dialects, notably Scouse and Geordie, it pops up at the end of sentences for no obvious reason, like. It is the ultimate utility word, a wildcard that can be used just about anywhere and for just about any purpose you like.

And if your purpose it to wind up the generation above you, ‘like’ is a beauty. If I had a penny for every time I’ve heard a grown-up complain about a youngster peppering their speech with extraneous ‘like’s, I’d have, like, 57p.

It serves no purpose, they complain, it’s just an affectation, an expletive, mere padding that adds nothing to the sense of the sentence, proof that they are inarticulate, illiterate, slovenly, entitled, materialistic whingers who don’t give a damn about Pink Floyd or Ford Anglias. Kids eh? Tch!

Yet Milkshake and Whatever are evidence that the ‘like’ thing is nothing new. It certainly can’t have been invented by 15-year-olds. In fact, I remember my generation being beaten with the same stick when we were kids. “Can’t you string a sentence together without saying ‘like’ every other word?” Well, like, no actually. Not when I’m, like, 15 and I’m trying to, like, think on my feet. I think you’ll find it adds interesting emphasis to key parts of the sentence. And anyway, give me time and I’ll grow out of it. Like you did.

My milkshake brings all the boys to the yard
And they’re hippopotamus, it’s better than yours

Makes no sense at all.

Enjoy the game. May the best team win, like.