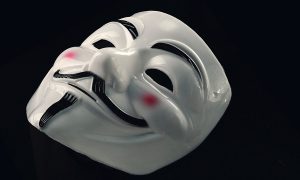 A few weeks ago the annual census of new baby names was published, revealing that, for the four hundredth year in a row, the boy’s name Oliver and the girl’s name Olivia were among the top five most popular names for UK newborns. What is this fixation with olive farming?

Not so popular was Adolf, which, for the 80th year running, did not feature in the list. And with good reason. No-one wants to name their offspring after an enemy of the people. But there is one notable exception.

Back in 1605, Guy Fawkes was the object of popular wrath, and remains demonised right up to this day, yet Guys are everywhere. Guy Ritchie, Guy Garvey, Guy… Loads of them.

Guys and Dolls. Five Guys. My fella my guy. Hand me your Stella and fly… ‘Guy’ isn’t just a name, it’s one of the most frequently used words in the English language, especially in team meetings at funky start-ups, where it ranks just below ‘and’, ‘the’ and ‘algorithm’. These days you don’t even have to be a guy to be called a guy. In this gender-neutral age, it’s become the go-to word for addressing any group of people, male or female, of any age, without making anyone feel left out. “Right, guys?”

And all this because of Guy Fawkes.

If you found yourself walking down Whitehall and you saw a scruffy looking man dressed like a scarecrow, you would probably call him Boris, but back at the beginning of the 19th century, you would have called him a ‘guy’. “I say!” you would have exclaimed to your friend, Lord Fotheringay, or whatever. “Behold yonder guy!” And you would have sniggered, because you’d have been likening the unfortunate fellow to the shabby effigies of Guy Fawkes, which still proliferated in England around November 5th, 200 years after his death.

Within three decades, however, the pejorative sense had been lost and a ‘guy’ was just a bloke (although no-one would say ‘bloke’ for another 20 years). The Americans picked it up and it became a popular term over there, particularly among the Italian population.

None of this had anything to do with guy ropes, which took their name from an Old French word ‘guie’, meaning a leader or guide, which came into English around the time William Wallace was being hanged, drawn and quartered for doing impressions of Mel Gibson. By the time the executioners were sharpening their knives for Fawkes (sorry), two centuries later, this word had been picked up by sailors and used to mean a small length of rope.

Contrary to the popular myth, Fawkes didn’t go the same way as Wallace. His accomplices did, and he was about to get his, when he broke free and threw himself head first off the scaffold ladder, breaking his neck. They still went ahead and dismembered his lifeless body, though; which is like smacking the ball into an unguarded net when you’ve been flagged offside. Churlish.