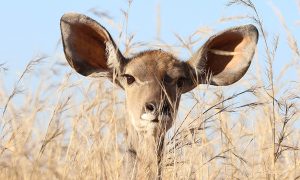 As Shakespeare once wrote, “Neither a borrower nor a lender be. And don’t go getting those two words muddled up either!” He later cut the second sentence, which is a shame, because confusion still reigns in some quarters.

This morning, for example, live on Radio 2, Robbie Williams, the man who wrote such classics as Angels, Millennium and Old Before I Die, said ‘lend’ when he meant ‘borrow’. And no-one picked him up on it.

It’s one of those aspects of the English language that seems to have fallen under the ‘Does it really matter?’ banner. The answer is ‘yes it does’, because, let’s be clear about this, lending is outbound whereas borrowing is inbound. Get it the wrong way round and all sorts of chaos could ensue.

Imagine going to the bank and asking them to lend you £10,000 and they agree, so you sign on the dotted line and then they tell you they thought you meant ‘lend’ as in ‘borrow’ and that you have to lend them £10,000. You only have to go back 10 years to remember what that felt like.

Ears are lent, time is borrowed. That should help you remember.

Annoyingly, while ‘lend’ has always been outbound, ‘borrow’ was originally outbound too. Back in the 13th century, if you wanted to use your neighbour’s fettling stick for a few hours, you might be required to ‘borrow’ them your pickerel pouch as security.

Before long the ‘borrowing’ bit was taken to mean the temporary taking of the stick, rather than the pledging of the pouch. So there is some smidgin of an excuse for using ‘borrow’ when you should use ‘lend’, but not the other way round, Robbie. Still, at least it proves that you don’t have to be a grammarian to write poetry.

That past tense ‘lent’, by the way, is an example of a form that became popular in the Middle ages, when people were too stricken with strife to go adding extra syllables to their workload. Think sent, bent, rent and went. Yep, ‘went’ is really the past tense of ‘wend’, not ‘go’. But that is one that doesn’t really matter.

Before you ask, no, the past participle of lend is not related to the period of fasting that follows Pancake Day. Lent takes its name from the Old English word for spring, ‘lencten’, which meant lengthening, as in days. It was nothing to do with taking temporary possession of your neighbour’s scrottler to scrape the batter off the ceiling.

If you like this sort of flapdoodle and would like to draw attention to your business by putting out similar content, drop a line to balance.