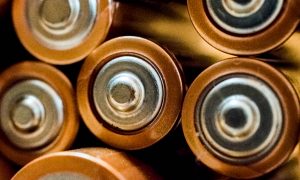 Do you ever get accused of being negative? It’s an impossible one to come back from, isn’t it? What can you say? “No I’m not.”

I Googled ‘negative people’ in the hope of finding something positive but all that came up were things like ‘3 Types of Negative People You Should Avoid’ and ‘Why Negative People Are Literally Killing You’. Which is pretty negative itself – a double negative? In the same way that saying, “I ain’t got no cheese,” literally means you have got some cheese, does being negative about negative people make you a positive person?

“You just can’t live that negative way,” sang Bob Marley. “Make way for the positive day.” Ironically, that song, Positive Vibration, was met with a wave of negativity the first time I heard it.

We had this RE teacher when I was about 12, who, once a week, would make us change into our PE kit (we assumed he was dyslexic at first), put on Positive Vibration and dance to it. You can imagine our enthusiasm. Looking back, I wish we’d been more positive. Dancing to Bob Marley in RE? How cool is that? This teacher also had us doing mindfulness meditation (or ‘having a nap’, as we called it). He was years ahead of his time. I can’t hear the word ‘positive’ today without singing “vibration ye-ah” in response.

If you want to instil a positive mindset in a group of people, first get them to dance. It’s the same process – dragging them out of their comfort zone, forcing them to let go of the safety rope, exhorting them to leap without looking. It’s like skydiving without the risk of plummeting to your death. Or having to raise cash for Comic Relief.

The fact that there’s a negative streak in the English character can probably be put down to the fact that, with the exception of the odd RE teacher, we’re not taught to dance in school.

Dancing is proven to be one of the most positive things you can do in life. It keeps you fit and healthy, releases happy hormones, bonds communities and helps you find a mate. Music and dance are uniquely human activities that have given us dominion over the beasts of the field. Ever seen a goat dance? Ever heard a goat come out with an ingenious stratagem? The case rests.

If you’re wondering how negative people can “literally” kill you, apparently they can pass on “negative brain activity”, which can lead to a weakened immune system, making you more prone to illness and death. Think about that next time you’re about to ask someone if they like your new hairdo.

The counter argument would be that for every life lost to negativity induced immune system failure, several million might have been saved if Hitler had had a few naysayers in his inner sanctum.

In fact, negativity is a vital ingredient in the magic potion that we call creativity. Necessity is the mother of invention but necessity isn’t born out of positivity; it’s born out of negativity. If Watt had felt positive about manual labour, he wouldn’t have invented the steam engine. If Edison had been content with gaslight, he wouldn’t have bothered with the electric light bulb.

Creativity is a complex blend of negativity and positivity. Negativity triggers the idea, positivity drives it over the line.

Of course, there’ll be those who disagree.