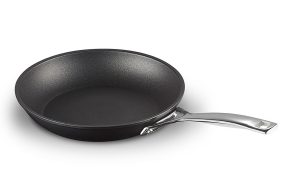 You’ll have noticed that all these words begin with ‘pan’ and you’ve probably guessed what’s coming next: they’re all related, right?

Funnily enough, no. Pandemic may contain all the letters of panic in the right order, but that doesn’t mean the two are related, any more than Olivia Newton John is related to Boris Johnson (I haven’t checked this but my heart tells me it ain’t so).

Pandemic means nothing more sinister than ‘all people’, from the Greek ‘pan’ (all) and ‘demos’ (people), and is the World Health Organisation’s way of categorising new diseases with a wide spread. The resulting cancellation of public events and suspension of the sporting calendar is no need to panic… unless you support Liverpool, of course. Wouldn’t that be awful? Of far greater concern, I’ve just discovered that a Milk Chocolate Digestive is smaller than a plain one.

Pandemonium (originally Pandaemonium) was a name coined by the 17th century poet John Milton in Paradise Lost for ‘the high capital of Satan and his peers’. (Add your own White House joke here). Literally, the place of ‘all demons’, it came to be used for any place of wild disorder by the late 18th century and then, nearly a hundred years later, the wild disorder itself.

Panic, however, has nothing to do with ‘all’ this or ‘all’ that. Pan was the Greek god of the great outdoors, a wild, half man, half goat with an eye for the ladies. He was also a pioneering exponent of the eponymous panpipes, which he played to woo the nymphs.

If anyone’s ever tried to woo you by playing the panpipes, it won’t surprise you that Pan wasn’t entirely successful in his amorous ambitions. One nymph turned into a pine tree to avoid him. He did manage to seduce the moon, though, so he must have been pretty talented.

Pan could be stroppy, though, and his chief weapon was an incredibly loud voice. When he let rip, people ran in terror. He became famous for it. So in 16th century England, when scholars were developing an obsession with Greek mythology, they coined the expression ‘panic’ as an adjective to describe a particularly extreme fear. ‘They fled in panic fear’.

It could just as well have been used to describe lechery or some other characteristic of Pan – “That flute solo was a almost panic” – but it was the running away in fear meaning that evolved and soon turned into a standalone noun. It took until the late 1700s for the verb ‘to panic’ to take root – just in time for the upper classes to stockpile toilet rolls in case the French Revolution crossed the Channel.

And Pangbourne? That means ‘stream belonging to the people of Paega’, Paega being some Saxon whose people lived on a tributary of the Thames in Berkshire, which is now called the Pang and supposedly inspired Kenneth Grahame to write The Wind In The Willows. Pan would have liked that.