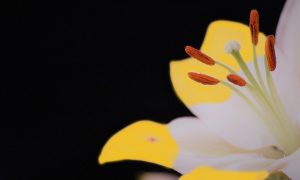 This is a blog about quality versus quantity. I’ll try to keep it brief.

For reasons that don’t matter, I felt a powerful urge this week to listen to One Step Beyond, the debut album by Madness. Madness were so universally popular in the 80s, it’s surprising you don’t hear them played on the radio more often. I still have a vivid mental image of their first appearance on Top of the Pops, some time around my birthday in 1979, then rushing out two months later to spend my hard-earned on One Step Beyond, taking it back to my friend Sean’s house in Croydon and listening to it over and over again.

Forty-one years later, I can still remember every word, even though I can’t remember where I put my bank card yesterday. So it was with some excitement that I searched up the album on Spotify and limbered up for a bit of a Nutty Boy dance down Memory Lane.

Of course, they do it to ‘add value’. And they ‘add value’ so they can ‘add to the price’. What they don’t seem to get is that every ‘bonus’ track they add reduces the value of the original. It’s like covering Van Gogh’s Sunflowers with Post-its showing his preliminary sketches and a spud print of a snail that he did when he was three. Or building a shed on the side of the Parthenon, with cafeteria and gift shop.

Quantity, as we all know, does not equate to quality (don’t worry, there’s not much more). In fact, it usually means the opposite. The best response this blog has ever received was for the word Succinct. Three words, not including the title. Made a few people smile, saved me time, win-win. But if I was trying to sell it, you can bet someone would have complained that they weren’t getting value for money. And that’s the problem with money. It confuses the concept of value.

The word comes from the same Latin root as ‘valour’, which tells us that it’s about more than price per yard or time spent or sweat expended. Value speaks of strength, courage, quality, impact – worth in that sense, not weight in gold. It can be as heavy or light as it needs to be, if it hits the spot it has value. Give me a Mini over a Rolls-Royce any day of the week. Except maybe Tuesdays.

In his play Lady Windermere’s Fan, Oscar Wilde coined the immortal definition of a cynic: “A man who knows the price of everything and the value of nothing.” Being a play, he followed it straight up with the riposte: “And a sentimentalist… is a man who sees an absurd value in everything and doesn’t know the market price of any single thing.”

Where do you stand?

Fortunately, no-one has yet ’embellished’ that particular work of art with ‘bonus’ lines to ‘add value’ to the original play. Such behaviour is clearly madness, except in the case of Madness, when it doesn’t feel like Madness any more.