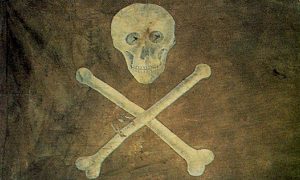 There are certain customary jokes that are so well worn that they have ceased to be jokes at all and have shrunk back into the shadowy alcove of mundane tradition, as automatic as saying “bless you” when someone sneezes. For example, a friend sends you details for a meet-up of some kind; you respond with the universally recognised word of acknowledgement “Roger”; and they come back saying, “No, he can’t make it this week.”

The beauty of this hackneyed two-hander is that in saying “Roger” you oblige the other person to respond with the lame pretence that they thought you meant someone called Roger, even though no-one’s called Roger any more. Not even Roger Moore.

I know, I know, Roger Federer is still called Roger, but what I meant was, no-one calls their child Roger any more. Having been the 7th most popular name in England in the 14th century and risen again to the top 20 during WW2, it’s since plummeted out of the top thousand.

Which is strange, because there have been a lot of heroic Rogers over the years. Roger Bannister, the four-minute mile breaker; Roger Byrne, the Busby Babes’ captain; Roger Taylor, the 70s tennis player and drummer for Queen; and Duran Duran; Roger Daltrey of The Who; Roger Waters of Pink Floyd; Roger the Dodger; Roger de Courcey the ventriloquist; Roger Hunt the World Cup winner; Roger McGough the poet; Roger Black the hurdler; Roger Milla the Cameroonian footballer; Roger Rabbit the rabbit. And, of course, Roger Moore, the cheekiest of all Bonds, whose name sounds like one of Ian Fleming’s inventions but was actually the name he was given at birth.

So why the sudden nosedive in popularity? Could it be that someone happened to mention the other meaning of ‘roger’ some time around 1950 and mothers and fathers throughout the land suddenly went cold on the name?

That would be unlikely, since we’ve been using that particular piece of naughtiness since the early 1700s. In those days, ‘Roger’ was popular slang for – ahem – ‘penis’, hence the verb. That may also explain why the iconic skull and crossbones pirate flag, which came into use around the same time, was nicknamed the Jolly Roger, but it doesn’t really, does it?

When you look at the Office of National Statistics popularity graph for the baby name Roger, a different story emerges (albeit the graph seems to suggest the name didn’t exist before 1935). Prior to WW2 it enjoyed a sharp rise in popularity, coinciding precisely with the adoption of Roger into the military phonetic alphabet, pioneered by the RAF in the 1930s. Roger stood for R, which was short for “received”, so although “Roger” took exactly as long to say as “received” and wasn’t really any clearer over a crackly earpiece, it gave the pilots a laugh.

It’s a miracle we won the Battle of Britain with all the banter that must have been flying around. For a few years everything was “Roger” this and “Roger” that, and any parent stumped for a name for their newborn only had to flick open a comic book or watch a Movietone newsreel and bingo! Another Roger was born.

Like its slang namesake, though, Roger wilted as quickly as it had risen and by 1956 it had become so undesirable that it was forced to make way for the more romantic “Romeo” in the phonetic alphabet. “Roger, Roger, wherefore art thou, Roger?” doesn’t have quite the same ring to it.

Even Roger Bannister couldn’t reverse the trend. But Roger is one of those names that is both first name and surname, and as such it is happily still going strong. English surnames mostly originated from a modification of your father’s Christian name (Johnson, Matthews, Peters) or from the thing you were known for doing (Baker, Shears, Datascientist). Rogers, or its variant Rodgers, is one of those rarities that could be either.

So while Roger may be in decline, Rogers is holding its ground as the 80th most common surname in the UK, found in 32,727 places, according to this natty tool. Natty Tool, on the other hand, is a name you rarely hear any more.