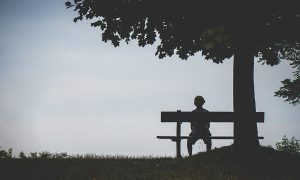 I recently had the melancholy experience of stumbling across an obituary for someone I know. Or knew. Stuart Christie, a daring anarchist who conspired to blow up General Franco and was nearly executed as a result, turned up next to me one day on the subs desk at Auto Express. He was one of two genuine anarchists on the desk at the time. And if you think that’s unusual, sitting opposite us was John L Walters from the band Landscape (remember Einstein A Go-Go?).

Stuart was hugely entertaining, a jovial, avuncular presence for all us young subs trying to effect an interest in cars, and reading his obit brought back fond memories of top team spirit and tea rounds. Why do anarchists drink herbal tea? Because proper tea is theft.

Thinking about anarchy and property jokes naturally led on to memories of my sister singing Everything I Own by Bread into her hairbrush, and then Patti LaBelle singing On My Own, which is a song I tend to sing when I’m doing DIY. My wife always thinks I’m trying to make a point but all I’m really thinking is what a funny little word ‘own’ is.

Try defining the verb ‘to own’ without using the word ‘own’. It’s tricky, because owning something is making something your own – or, alternatively, confessing to something. And having something of your own involves a different sense of the word to being on your own, which is going to become an increasingly common state of being as the nation responds to the Government’s clarion call to cram back into those commuter trains with an, “Er, no thanks.”

Verb, pronoun and adjective, it all stems – as you might assume – from the sense of possession or ownership – as, by the way, does the word ‘owe’, which originally meant the same as ‘own’. That’s an argument I might try out on the tax man next January. I’ll let you know how I get on. From prison.

So a possessive Saxon might use the adjectival ‘own’, eg “This is my own pig,” and from that came the verb: “Godwin owns the pig.” Godwin might then shorten his sentence using the pronoun, eg “That pig is my own,” to which the pig might respond, “Property is theft! And whoever lays his hand on me to govern me is a usurper and tyrant, and I declare him my enemy.”

If you think all that is confusing, so did our forefathers, who stopped having philosophical arguments with pigs and dropped the possessive meaning of ‘to own’ completely for three hundred years, so they could focus on using the verb to mean acknowledge or confess instead. But the noun ‘owner’ remained in use for people like Godwin and in the 1600s, when the king was being toppled, this spawned a rebirth of the possessive ‘to own’.

Of course, this caused new confusion over whether Godwin’s great great great great etc grandchild was possessing or confessing, so after two hundred more years of head scratching they came up with a solution: add ‘up’ to distinguish between owning and owning up.

Today, the ‘up’ is often left off again and the verb continues to be used in ways that all link back to the original but expand the meaning. “I owned you,” means I defeated you totally – a geeky term derived from hackers who started using it to describe taking control of someone else’s computer.

We are also encouraged to “own” our feelings, which I think means to take responsibility and control over our own state of mind. For anyone new to working on your own, that’s a skill worth owning.