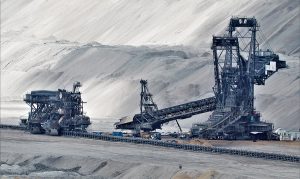 Ever wondered what’s going on with the word ‘exploit’? I mean, one minute it’s a great thing, such as crossing the Alps on an elephant or discovering Australia; the next it’s a terrible thing, like forcing people into slavery, sending them down mines or stealing their land.

Until the 19th century, exploitation was seen as a positive thing across the board, akin to good old productivity. It derived from the Latin for ‘unfold’ and was used in the sense of outcomes, achievement and profit. But then people began to notice that most of the profit was being made at somebody’s expense: slaves, colonies, the working class… and the verb ‘exploit‘ became an accusation. And so it is today, while the noun ‘exploit’ remains positive.

Strange. But not so strange as the word ‘exploit’ itself. You wonder, for example, who made the decision to put the emphasis on the ‘ex’ for the noun and on the ‘ploit’ for the verb. There is no consistent rule for this. For every excerpt, extra and Exmouth, there’s an expanse, expense and extreme. Verbs tend to place the emphasis on the bit after the ‘ex’, but there are exceptions like exile and expiate.

But all this focus on the ‘ex’ is a distraction from the real nub of the matter and that’s the ‘ploit’ bit. Where did that sound come from? ‘Ploit’ is not a sound we tend to make in English. In fact, if you try to think of words that rhyme with it, I defy you to come up with anything beyond Detroit, John Voight and quoit. It doesn’t make for great poetry.

Because of this, exploit is one of those words that sounds sillier the more you say it. You start to become self-conscious about saying ‘ploit’. Try it. Ploit. Ploit. Ploit. Nobody says ‘ploit’, not even Donald Trump. Quick fact for you: in this week’s Presidential debate, the word ‘exploit’ wasn’t used once – not once, neither as verb nor noun. Neither man wanted to sound silly, you see.

Coincidentally, a little over four years ago I illustrated the point about words that don’t bear repetition in this very blog with the word Trump. The more you hear it, the sillier it gets, I said. I rest my case.