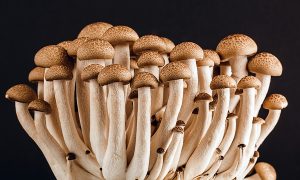 There’s a word I like to use now and then. A gorgeous word, rhythmic, musical, redolent of Aegean islands and summer breezes and mushrooms and the marvellous randomness of life.

It is a succinct way of saying “occurring at irregular intervals or cropping up here and there as if scattered by the wind” and as such it is more specific than just ‘occasional’ or ‘irregular’. Oxymoronic, perhaps, that a word describing randomness can be specific, but whatever it is you’re trying to describe, it always helps to be precise.

It’s the scattering bit I like. Sporadic literally means “in the manner of spores”, those individualistic little cells that certain plants, fungi, bacteria and algae put out to propagate their species, without the need for any other cell to mate with. “Agents of asexual reproduction”, Brittanica.com calls them, and if that sounds a bit Sci-Fi, let me tell you it’s as old as the hills.

Next time you’re asked which came first, the chicken or the egg, the correct thing to say is “neither”. The spore came first. The chicken and egg were joint runners-up. By a distance. In the year 2000, a team of researchers from West Chester University in Pennsylvania extracted a bacterial spore from a salt crystal that was 250 million years old and it came back to life. Chickens rarely live beyond the age of 10.

This evidence that life could be preserved for hundreds of millions of years inside a crystal stoked renewed interest in the possibility of alien organisms from Outer Space making the exhausting journey to Earth on the back of an asteroid, or people who can’t bear the thought of their own mortality preserving themselves for a later resurrection in huge lumps of salt.

But then, say you decided to come back to life after 100 years in salt, what would you come back to? A world underwater? A complexion like a desiccated prune? News that Liverpool have finally scored a goal? Not for me thanks.