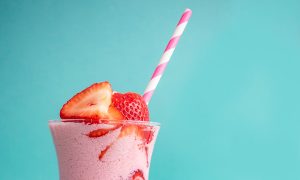 Just as a faked photo can undermine the validity of a cause, misuse of words can do the same. I give you – for the first time ever – unprecedented.

I know that sounds like the petty pickiness of a piffling pedant but it’s not, it’s an important point and, at the risk of becoming repetitive, I’ll tell you why.

Unprecedented doesn’t mean extreme, calamitous or drastic. It’s not the same as catastrophic, cataclysmic or apocalyptic. It’s not a synonym for remarkable, extraordinary or phenomenal. You can’t use it instead of awful, appalling or terrible. It’s not a viable alternative for incredible, amazing or fantastic. Its definition is different to deadly, disastrous and diabolical. It signifies something separate to serious, significant or severe.

So using it in place of any of these words makes as much sense as using ‘house’ when you mean ‘cabbage’. Or vice versa.

You catch my drift? Its meaning hasn’t deviated in two thousand years. Yet it has recently become one of the most misused words of our time; a word whose level of misuse is, in all probability, unprecedented.

A lot of very learned people misuse it on a daily basis, to describe everything from the coronavirus pandemic to climate change to sporting performances to the nationwide shortage of milkshakes. (Gosh! If the Remainers had seen that one coming, we’d surely still be in Europe today.)

The problem is – as I mentioned before – that misusing the word in this way completely undermines a lot of very serious arguments. It does for me anyway. I know coronavirus is serious but as soon as someone calls it unprecedented, I think, “Hang on. Spanish flu? The Black Death?”

Similarly, an environmental activist can have me hanging on their every word but as soon as they describe a catastrophic natural disaster as unprecedented, I think, “Wait a minute. The dinosaurs?”

And in that moment they’ve lost me, because of all the good reasons to take coronavirus or climate change or milkshake extinction seriously, being unprecedented is not one of them. This stuff has happened before.

Well, maybe not the milkshake thing.

Do your word choices need shaking up? Put some Balance in your life.