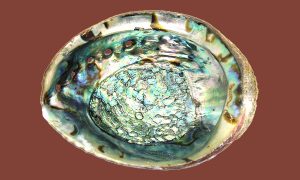 I was brushing my teeth the other day when I noticed two hairs, each about an inch long, growing out of my helix.

Anatomists liked to name body parts after things they looked like, rather like spotting shapes in the clouds or the stars. The tibia, for example, was a type of ancient flute and hippocampus means seahorse, which is exactly what that part of the brain looks like after a week of late nights on the Emergency Ward.

The shell-like ear, beloved of amorous poets down the ages, doesn’t really have the obvious helical properties of a conch or snail shell but does look a bit like an abalone shell, so that’ll do. Helix it is.

How many other parts of the outer ear can you name? “The lobe,” I hear you cry. Well, actually it’s the Lobule of Auricle. I know – sounds like a Harry Potter book, doesn’t it? In fact, I can’t help thinking JK Rowling might have taken a lot of her creations from the outer ear. Tragus? Antitragus? The Crux of Helix? As for Scaphoid Fossa, there’s a Death Eater if ever I heard of one.

My personal favourite is Darwin’s Tubercle, which sounds more like an instrument of the orchestra than a magical beast. You may or may not possess one. Have a feel. It’s that cartilaginous thickening on the helix that gives some people’s ears character, especially Vulcans.

Charles Darwin took a keen interest in it as a vestigial feature left over from the days when we walked on all fours, though how he studied it for long enough is anyone’s guess. It’s not an easy part of your body to see in detail, as I realised when I took the scissors to my two rogue hairs and nearly inserted them in my Intertragic Notch.

Presumably Darwin did his studies on other people’s ears, having first, I hope, asked their permission. You can’t just go up to someone at the bus stop and stare intently at their ear, even if you are drawing beautifully detailed pencil sketches. They’ll think you’re weird. And you might miss your bus.

What I would like Darwin to have explained, while he was positing his theory on the origin of species, is the evolutionary value of two hairs sprouting out of my helix. What possible purpose did they think they were serving? Could something in my DNA really have detected the onset of winter and, with all the acumen of a World War I General, given the order to send out two hairs to keep one of my ears warm?

Maybe they were whiskers, grown to help me avoid getting my head stuck between the bannisters. If so, all I can say is it’s a bit late!

Anyway, they’re gone now. Gone but not forgotten. At the going down of the sun and especially in the morning, I will remember them.