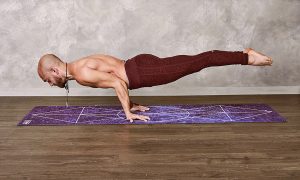 Apologies if you’re still recovering from filling in your Tax Return and have had it up to here with forms, but this won’t tax you, there are no cookies to approve and, as an incentive, I’ve thrown in an interesting fact about cheap worktops that you might want to share in the pub this evening. I’m not here to bother you with questions. Well, apart from these two…

You know the old cliché ‘Form is temporary, class is permanent’? Hands up everyone who found that confusing at school? As far as I could make out, ‘form’ and ‘class’ were the same thing, unless you were talking about those long, low wooden benches you fell off in the gym.

Maybe it’s fitting that form is a word that comes in so many forms. Apart from the school class, the school year and the wooden bench, form can mean type, shape, a mould, recent level of performance, criminal record, a correct way of behaving and a document for gathering information. That’s just the nouns!

And guess which came first.

Actually no, it was the shape – or to be more nuanced, the semblance. Way back in the 1200s it came over from France meaning anything that gave a certain recognisable impression: an outline, a shape, a manner, a template. This in turn gave rise to the sense of established social behaviour, as in “poor form, old boy”. And, of course, formal. And uniform.

From the ‘behaviour’ sense, presumably, came the sporting sense of recent performance level. (Note the ‘form’ in ‘performance’ – perform: literally, to give shape). It could, however, have come from the paper form on which performance is recorded. Such forms for filling in data date back to 1855, or at least their name does. The idea of asking impertinent personal questions goes back way further than that. The Romans loved a census. And the Domesday Book must have involved a fair amount of form filling, albeit with a stick and some mud. Probably.

Interestingly, Formica has nothing to do with form, nor indeed with formic acid, which gives ants, bees and nettles their sting. Formica, according to the Formica Insulation Co (who invented it, so they should know), was so named because it was a substitute for mica. Simple as that. Mica was an industrial insulation material and Formica was invented as a cheaper alternative – before someone decided it would look great as a kitchen table.

Why those low, backless school benches are called forms is more of a mystery. ‘Form’ started to be used for a fixed course of study in the mid 16th century – again from the ‘template’ sense – and from that it came to mean a school class. It might just be that each form sat on their own bench and hence the bench and the form became interchangeable. I really don’t know. I’m guessing. That’s half the fun. Form your own opinions.