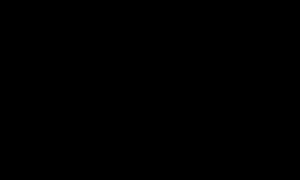 You might also be interested to know that the black stuff isn’t called pitch because you hurl it down on the heads of invaders trying to scale your castle walls. It has nothing to do with throwing at all, as you’ll know if you’ve ever tried throwing a handful of the stuff. It just won’t leave you alone.

I could go on. Pitch has so many meanings. It can be the angle of an aeroplane or roof (NB pitched roofs are not the ones with pitch on them), the height of a ceiling or a musical note, a stall in a market or at a fair, a thing for playing sport on or some tar. As a verb it can mean to throw, pierce or plunge in, to present a proposal, to erect a tent, to nosedive like a ship in rough seas.

There are other meanings and, apart from the tar, they’re all connected, though quite how they got from skewering to throwing to sailing to singing to camping is something of an etymological mystery, to which there is but one obvious answer: darts (not the band). They’re pointy, you throw them, they fly through the air at a height determined by the performer, they nosedive at the end of their flight and you play with them in fairground stalls. That covers most bases, to use the baseball vernacular.

Of course, darts is one game that’s not played on a pitch. ‘Pitch’ implies something fixed, eg a wicket or a goal, defining the parameters of the playing area. That’s because the original cricket pitch was (and still is) formed by driving six stumps into the ground, three at each end of a wicket measuring the breadth of a Saxon strip-acre, also known as a chain – or 22 yards in the new money. It was called a pitch because the stumps were skewered into the ground, in much the same way as the damned (not the band) are skewered on pitchforks by the demons of Hell (possibly a band), if you believe all those doom paintings.

Hence, a pitched battle isn’t a battle where enemies throw themselves at one another but one where they’re firmly dug in. Pitching a tent isn’t so much the erecting of the tent as the fixing it down with pegs. And thus a pitch is also an area where something is fixed down, such as a tent or a market stall, and that in turn might give rise to the notion of the sales pitch

Either that or it’s the idea of throwing a proposal out there and hoping it doesn’t get smacked into the blue yonder with a metaphorical baseball bat.